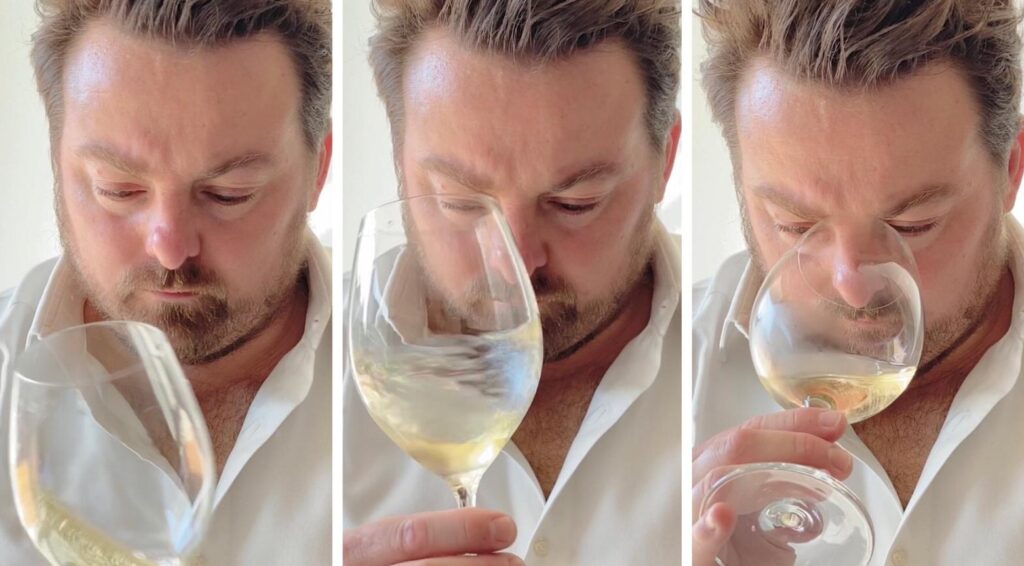 Born in 1981, Luca Gardini took his first steps into the world of sommellerie at an early age, showing such talent and determination that he was able to join the brigade of the prestigious restaurant Enoteca Pinchiorri (*** Michelin Stars), and then started a collaboration of almost eight years with the chef Carlo Cracco, at the restaurant Cracco (** Michelin Stars).

In 2011 he decided to devote himself exclusively to wine communication, establishing himself in a few years as one of the most influential palates on an international level, as well as the first Italian critic to become part of the Wine Searcher’s list of wine critics.

Supported by a pool of experts, in 2012 he published “Enciclopedia del Vino” – an accurate wine encyclopedia about viticulture, oenology, wine geography and tasting – and produced his “Top 100”, a selection of some of the best labels from all over the world.
Since 2012 Gardini has penned a weekly column entitled “Gazza Golosa” for the newspaper La Gazzetta dello Sport. He also supervises with Luciano Ferraro the guide “I Migliori 100 Vini e Vignaioli d’Italia” published by Corriere della Sera.

In 2015 he created “Il Codice Gardini”, a manual designed for wine lovers, written in an immediate and accessible language. He is today known as the Wine Killer, thanks to the successful launch of his website in 2015, GardiniNotes.com, developed exclusively in English and dedicated to his ratings for wines from every part of the world.
He participates as an expert opinion leader in several wine events in Italy and abroad, such as Vinitaly, Ein Prosit, Barolo/Brunello, Merano Wine Festival, VinExpo, ProWein, ExpoVinis, and the Hong Kong International Wine & Spirits Fair.

Moreover, in 2016, the l’Union des Grands Crus de Bordeaux chose him as the Italian spokesperson to promote its “Week-end des Grands Crus”.
Since 2018 he has been working with the magazine Forbes Italia, as editor of the section dedicated to wine.

Among the titles he has achieved during his career may be mentioned:

In 2011, he was appointed testimonial of Barolo DOCG for the year 2007 by the Enoteca Regionale del Barolo. For the occasion, they dedicated to him a commemorative label created by the Russian artist Mihail Chemiakin, which is kept in the Wine Museum in Barolo.

Luca Gardini was appointed Knight of the Order of Merit of the Italian Republic on December 27, 2018.

He recently won the special award as Wine Communicator for the year 2020 according the magazine Food and Travel within the “Food and Travel Reader Awards“.

Discover all wines tasted by Luca Gardini and download the free pdf
More
Ranking
We use cookies on our website to give you the most relevant experience by remembering your preferences and repeat visits. By clicking “Accept”, you consent to the use of ALL the cookies.
Cookie settingsACCEPT
Manage consent